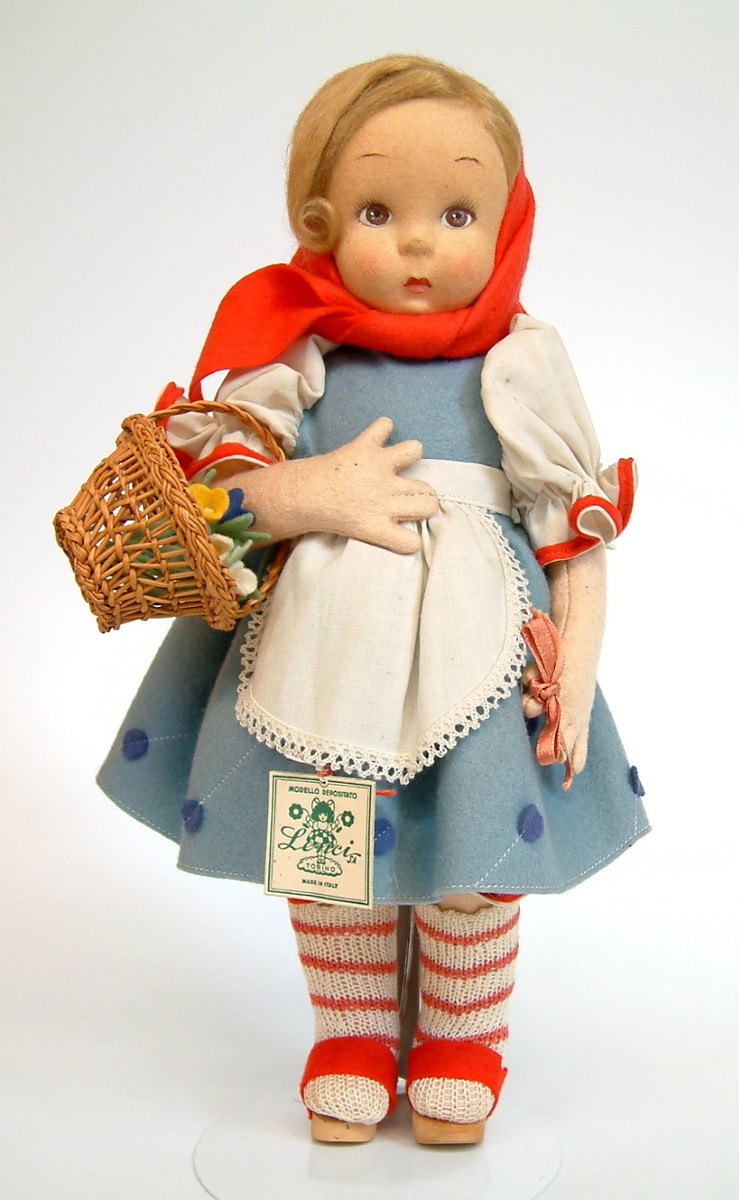 Lenci dolls are pressed felt dolls with painted features, manufactured in Turin by Enrico and Elena (Lenci) Scavini from 1919 until 1944. They are now collectables.
The bodies and the clothing of Lenci boy and girl dolls are made of pressed woolen felt. The bodies were machine stitched up the back and across the shoulders then hand stitched between the legs. This allowed them to wear low cut tops and clothes that displayed their limbs. The faces were pressed on moulds and features were then hand painted, hair was made from mohair and this was stitched in. Felt pressed dolls were very popular in the nineteenth century and just after the first world war. The eyes face sideways, giving the boys a sullen expression and the girls one of loneliness. These dolls have Lenci stamped into the felt of the foot. They were produced in various sizes, sold with various costumes or uniforms. The two dolls in the Judges’ Lodgings museum in Lancaster have the boy in a burgundy cardigan, and the girl in a blue hat and coat. They were purported to have been made in memory and in the image of a dead daughter. (Personal memory of ‘sales pitch’ by clerk in the Lenci store in France when doll purchased for me in 1930, although have heard it from others.)
Elena König was born in Turin in 1885. She moved to Germany, where she acquired the pet name of Lenchen which mutated into Lenci when back in Italy. During the chaos of the Great War where Italy fought against Germany, she experimented with felt, and its many properties. She married Enrico Scavini in 1915, and he included felt doll manufacture in the Lenci business- one that was primarily concerned with ceramics.
In 1937, the firm employed 300 workers and the family relinquished control.
The factory was bombed during an air-raid in 1944. The company liquidated in 2002.