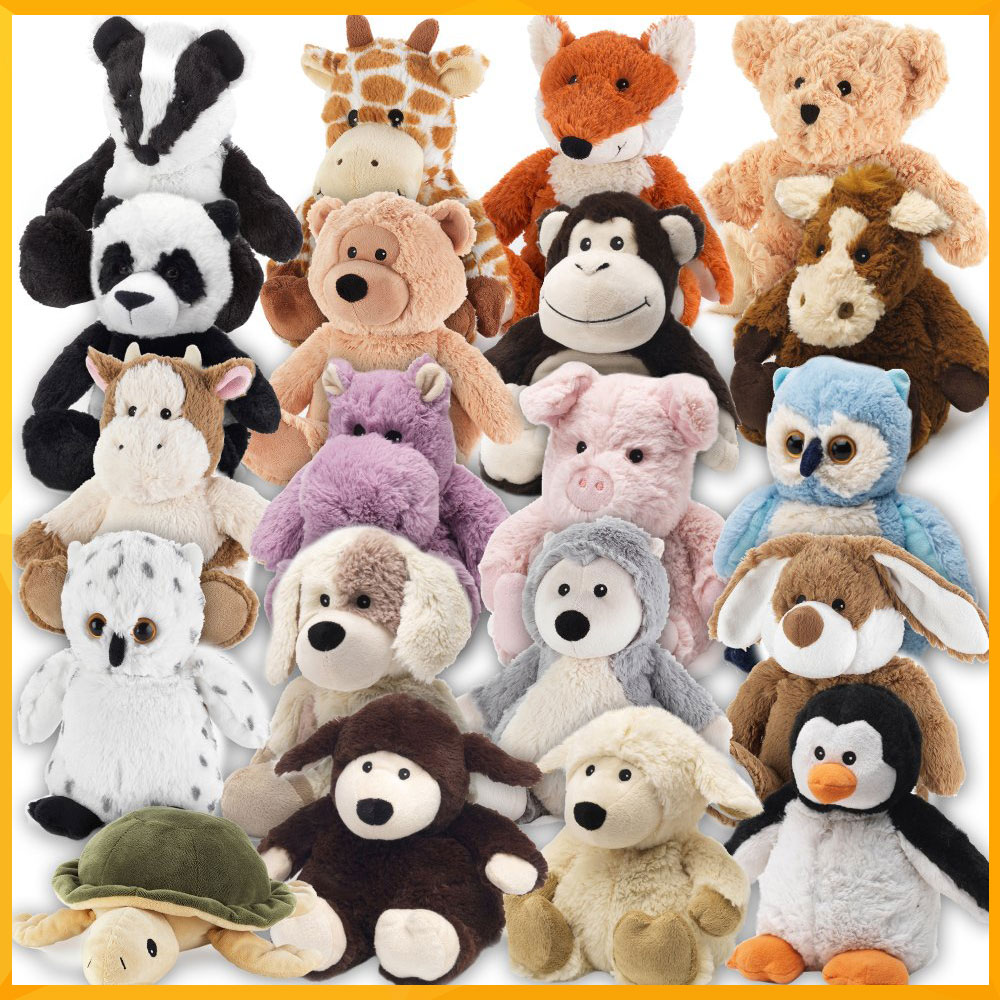 A stuffed toy is a toy sewn from a textile, and stuffed with a soft material. In North American English they are variously referred to as plush toys, plushies, snuggies, stuffies, snuggled animals or stuffed animals while in British English they are soft toys or cuddly toys.Textiles commonly used include plain cloth and pile textiles like plush or terrycloth. Common stuffing materials are synthetic fiber batting, cotton, straw, wood wool, plastic pellets or beans. Stuffed toys are made in many different forms, often resembling animals, legendary creatures, cartoon characters or inanimate objects. They are often used as comfort objects, for display or collecting and given as gifts, such as for graduation, Valentine’s Day or birthdays.
The first commercial concern to create stuffed toys was the German Steiff company in 1880. Steiff used new technology developed for upholstery to make their stuffed toys. In 1903 Richard Steiff designed a soft bear that differed from earlier traditional rag dolls, because it was made of plush furlike fabric. At the same time in the USA, Morris Michtom created the first teddy bear, after being inspired by a drawing of Theodore “Teddy” Roosevelt with a bear cub.  The character Peter Rabbit from English author Beatrix Potter was the first stuffed toy to be patented, in 1903.
Sock monkeys are a type of handmade stuffed monkey made out of socks that first appeared in the US during the Great Depression.
© wikipedia.org