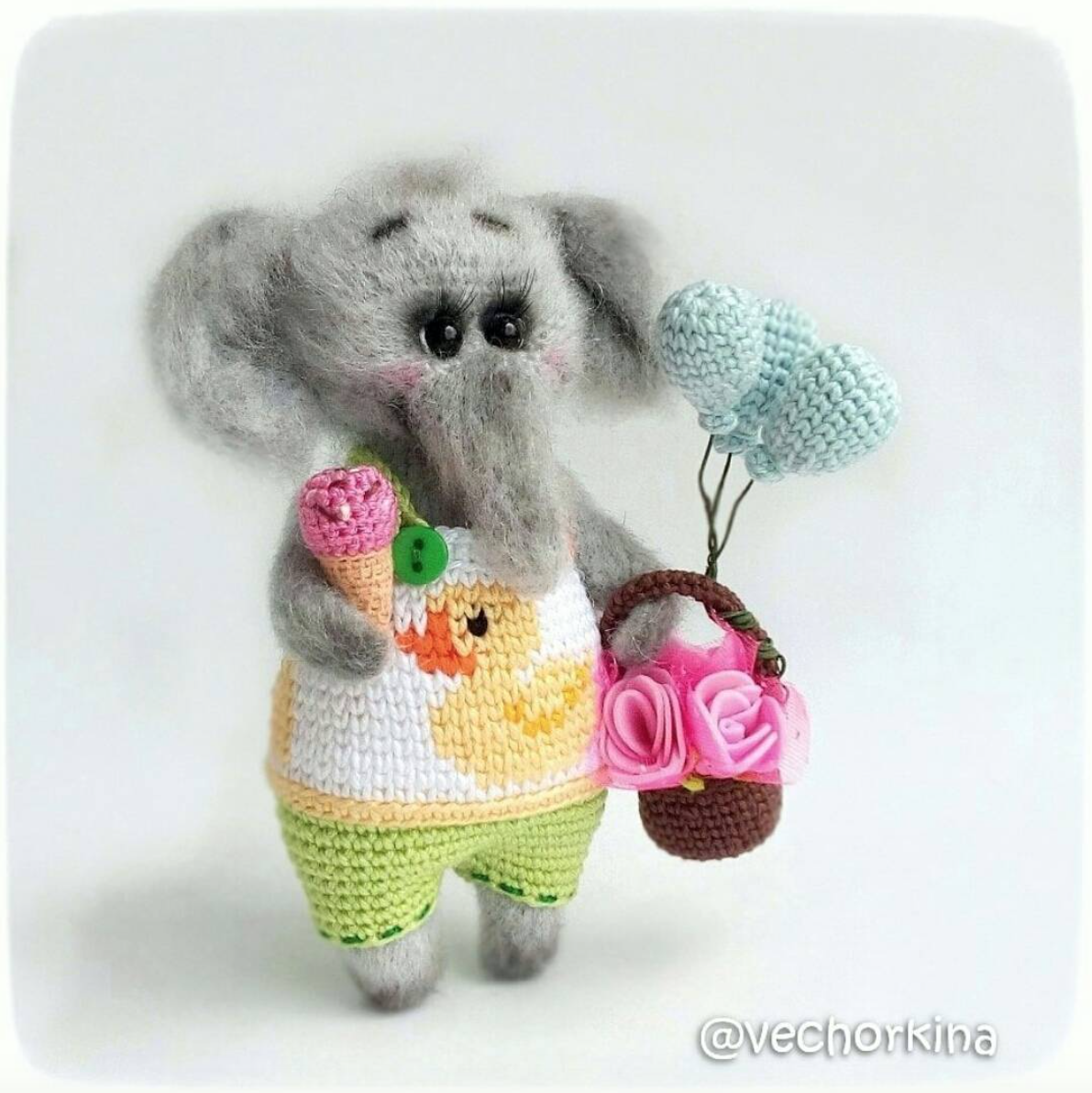 Amigurumi (編みぐるみ?, lit. crocheted or knitted stuffed toy) is the Japanese art of knitting or crocheting small, usually cute stuffed animals and anthropomorphic creatures. The word is derived from a combination of the Japanese words ami, meaning crocheted or knitted, and nuigurumi, meaning stuffed doll. Amigurumi are typically animals, but can include artistic renderings or inanimate objects endowed with anthropomorphic features, as is typical in Japanese culture.
While amigurumi have been popular in Japan for several decades, amigurumi first started appealing to the masses in other countries, especially in the West, in 2003. By 2006, amigurumi were reported to be some of the most popular items on Etsy, an online craft marketplace, where they typically sold for $10 to $100. Since then popularity has continued to increase.
The pervading aesthetic of amigurumi is cuteness. To this end, typical amigurumi animals have an over-sized spherical head on a cylindrical body with undersized extremities, usually termed a chibi style outside Japan. Amigurumi may be used as children’s toys but are generally purchased or made solely for aesthetic purposes. Although amigurumi originated in Japan, the craft has become popular around the world.
Amigurumi are usually crocheted out of yarn using the single crochet stitch (double crochet in UK crochet terminology). They can also be knit. Amigurumi are usually worked one section at a time and then sewed or crocheted together, except for some amigurumi which have no limbs, only a head and torso which are worked as one piece. In crochet, amigurumi is typically worked in spiral rounds, in order to prevent “striping,” a typical feature of joining crochet rounds in a project.
Typically, crochet hooks or knitting needles that are slightly smaller than one would use in a typical project are used, in order to achieve a tight gauge that retains stuffing and does not allow the stuffing to show through the fabric. Stuffing is usually standard polyester or cotton craft stuffing, but may be improvised from other materials. Plastic pellets may be inserted beneath stuffing in order to distribute weight at the bottom of the figure.
© wikipedia.org