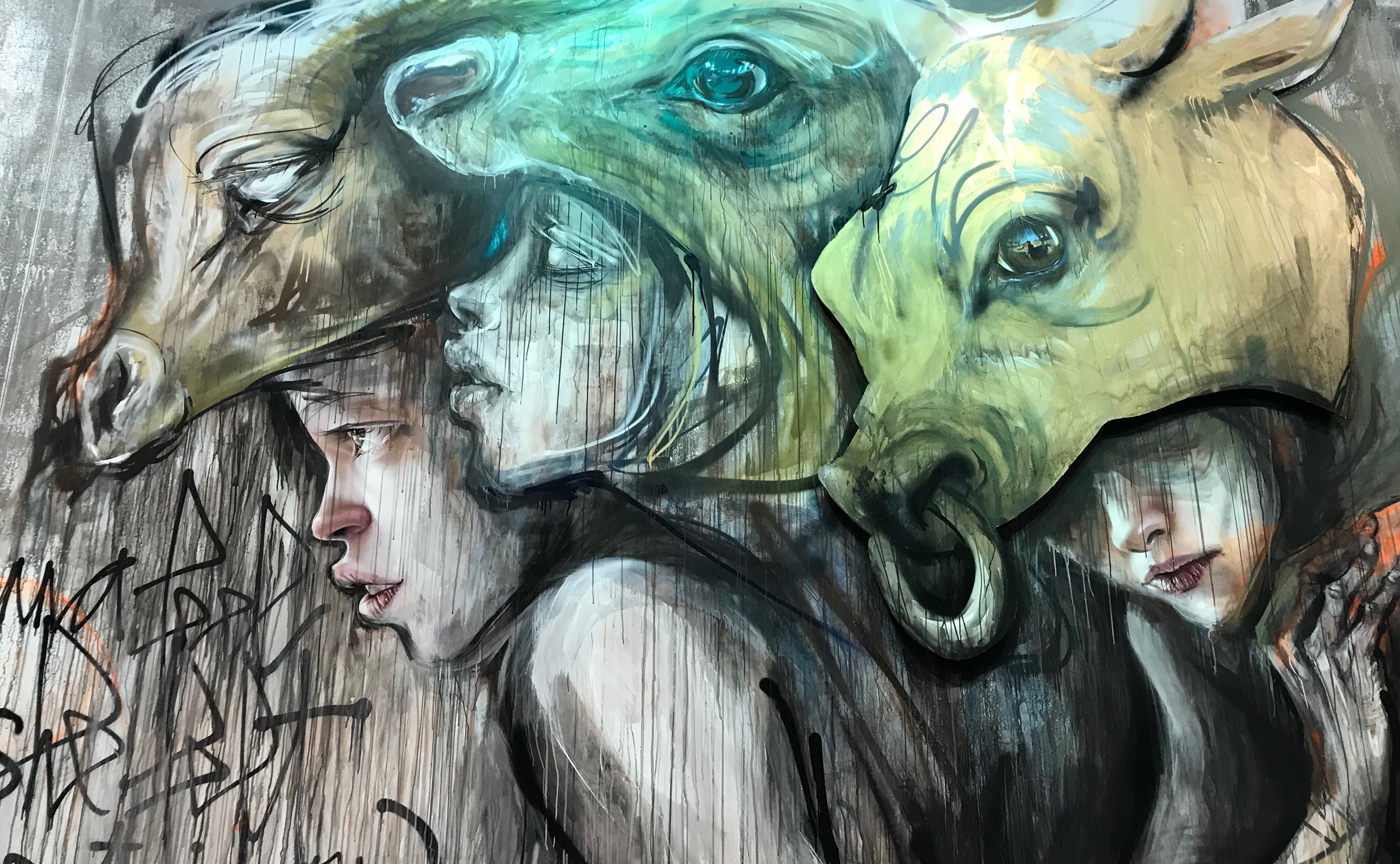 Herakut is a collaboration (starting in 2004) between the two German graffiti artists Hera (Jamsin Siddiqui, *1981 in Frankfurt) and Akut (Falk Lehmann, *1977 in Schmalkalden).
For many years they have been internationally acclaimed top stars in the urban art scene. In the Museum of Urban and Contemporary Art  in Munich (MUCA), Herakut presents a new solo exhibition full of melancholy and humor for Faust  by Goethe, reflecting on the emotions of his generation, staggering between genius and madness.

On 14th of March the current year, I attended the official opening of this exhibition, where Hera and Akut, together with Munich Symphony Orchestra made the theme not only visible but also audible. The two Urban Art stars have managed to reflect in their exhibition genius and madness from the current perspective and that was amazing.
Have you ever seen the works of the Herakut? If yes, then you know that they are among the fewer nowadays artists that manage to deal with such delicate topics as vulnerability, social criticism, fear, humor and melancholy in such a stylish way.
Herakut’s paintings at this exhibition reflect the story of Goethe in a very sumptuous, ferocious, and astonishing dualism. I highly recommend this exhibition. You have time to visit it till 1st of June current year.

Faust is a tragic play in two parts by Johann Wolfgang von Goethe, usually known in English as Faust, Part One and Faust, Part Two. Although rarely staged in its entirety, it is the play with the largest audience numbers on German-language stages. Faust is considered by many to be Goethe’s magnum opus and the greatest work of German literature.
Dr. Johann Georg Faust (1480-1540) was a famous German magician, born in Weimar at the end of the fifteenth century. He taught medicine, jurisprudence and theology. He deepened the science of astrology and when he finished with natural science he dedicated himself to magic. At least so tell us all the stories that have been written about him.

The Devil in the form of a dog

Whatever it was, these are the main features of Faust, as they appear in legends: eager to approach the beings of a higher world, he finally discovered, after long searches, the terrible formula calling for the devil from the bottom of the hell. At first he refrained from using that magic, but in his heart, the desire to face the devil began to defeat all his religious fears.
When, one day, walking in the field with his friend Wagner, he saw a black, jaggy dog spinning and running around him. A small, bright beam gleamed behind the dog. Astonished, Faust stopped. The circles the dog was making were smaller and smaller. He approached Faust and sat at his feet. The scientist, surprised, returned thoughtfully, and the dog followed him home.
His new friend, the dog, interrupted his thoughts with strange roar. Faust looked at him, wondering how he saw him growing up, and at some point he realized he had a devil in the house. Faust took the magic book, sat down in the circle, spoke the formula of conjuration, and ordered the spirit to appear. The dog shuddered, a kind of smoke floated around him, and Faust saw in his place a demon in the form of a noble young man dressed in the latest fashion style. It was Mephistofeles, the second of the archangels being driven away, and after Satan, the most feared head of infernal legions.
Various historians exhibit variants of this great age in Faust’s life. Widman says that, determined to call a demon, Faust went one evening into the dense forest of Mangeal, close to Wittemberg. Here he made a magical circle on the ground, sat in the middle of it and pronounced the calling formula with so great fast and force that there was a terrible noise immediately around him. All the nature around seemed to be moving. The trees bent down to the ground, the thunder interrupts the distant sounds of a solemn music that mingled with shouting, groaning, clattering with swords. Violent flames split the black veil covering the sky every moment. Finally, a luminous mass appeared, contradicting little by little and forming a spectrum of fire that, approaching the circle in silence, walked around him, unevenly for a quarter of an hour. Finally, the spirit embraced the figure and the gray dress of a monk who began talking to Faust. For a moment, the doctor was troubled, but he found his courage and signed with his blood on a clean parchment with an iron wedge that the devil gave him, a pact by which Mephistofeles undertook to serve him 24 years, after which Faust had to belong to hell. 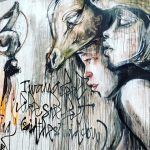 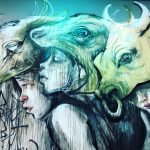 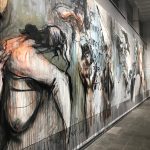 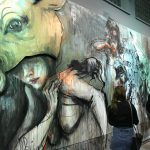 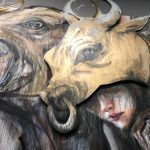 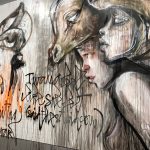 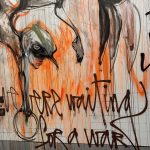 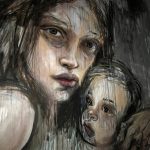 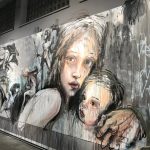 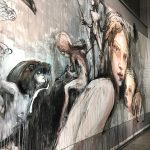 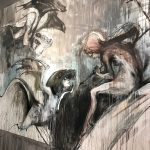 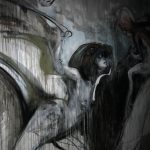 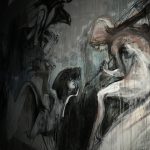 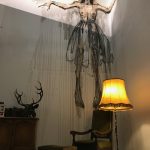 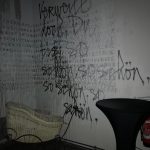 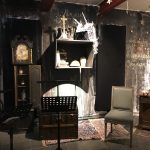 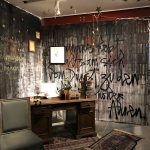 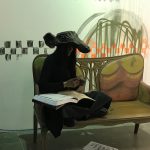 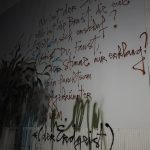 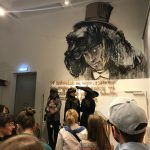 The Pact with the Devil

In his writings, Widman records the terms of this pact, the copy of which is said to have been found in the papers of his doctor after his death. It was written on a parchment of dark red ink and predicted:
1. The Spirit will come to any calling of Faust, under a pleasant appearance, that Faust will command.
2. The Spirit will do all that He will command, bringing immediately whatever He wills.
3. Spirit will be punctual and subjected as a servant.
4. He will arrive at any hour of the day or night.
5. In the house it will not be seen nor recognized by anyone and will remain invisible to any other person.
On his part, Faust was gives himself to the devil without asking for a right to return to divine mercy in the future. The demon gave him, as an aconto to this pact, a box full of gold, and since then Faust has become the master of the world, which he has gone through with all the glow. When he did not travel through the air, he went all the way in luxurious crews, enthralled by his demon.

One day, in the Rosenthal village, Faust saw the delightful Margaret (also known as Gretchen), the innocent young woman Widman portrays as a creature that surpasses all the beauties of the earth in beauty and grace. Faust fell in love and with jewellery and with help from a neighbor, Martha, Mephistopheles draws Gretchen into Faust’s arms. With Mephistopheles’ aid, Faust seduces Gretchen. Gretchen’s mother dies from a sleeping potion, administered by Gretchen to obtain privacy so that Faust could visit her. Gretchen discovers she is pregnant. Gretchen’s brother condemns Faust, challenges him and falls dead at the hands of Faust and Mephistopheles. Gretchen drowns her illegitimate child and is convicted of the murder. Faust tries to save Gretchen from death by attempting to free her from prison. Finding that she refuses to escape, Faust and Mephistopheles flee the dungeon, while voices from Heaven announce that Gretchen shall be saved – “Sie ist gerettet” – this differs from the harsher ending of Urfaust – “Sie ist gerichtet!” – “she is condemned.”

The Sorrow of the Pact with the Devil

As for Dr. Faust, when the term of the covenant came to an end, he was terrified of the idea of ​​death. He wanted to flee to a church or another holy place and ask for divine mercy. Mefistofeles prevented this. He led him to the highest mountain of Saxony, and while Faust demanded the mercy of the Lord, the demon told him: “Do not hope for anything, now you have to die, you are ours.” In these words the spirit of darkness appeared to Faust as a giant as the heavenly vault. His eyes were full of light, fire spilled out of his mouth, the earth shuddered under the force of his feet. In a guffaw that sounded like a thunderous thunder, he grabbed his victim, tore his body into pieces and tossed his soul to hell.

You are free to share or copy and redistribute the material in any medium or format but please give appropriate credit, and provide a link to this article or our website. Thank you.