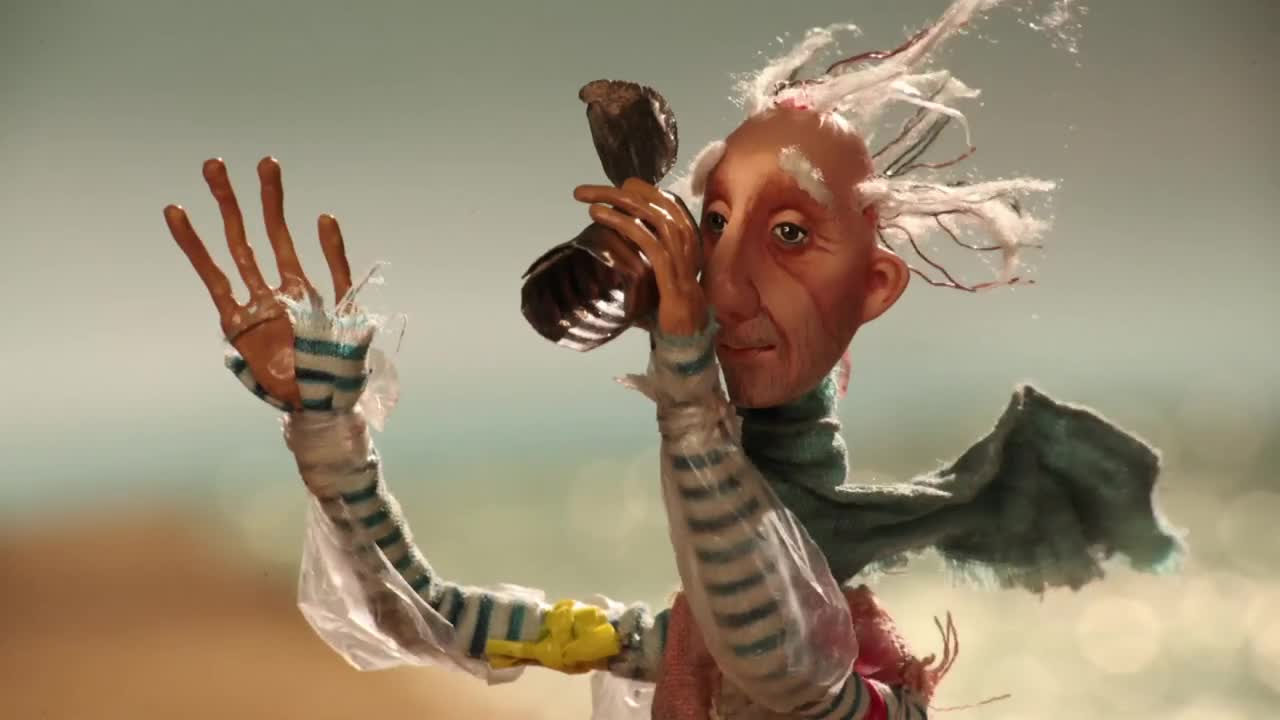 A creative person often seems weird, funny and a little bit crazy. Even his friends and family do not always understand him and often feel ashamed of him. But sometimes he can create a real miracle – merely from garbage.
This is also the idea of the stop-motion video created by  Dina Velikovskaya, an animation filmmaker, born in Moscow in 1984. In 2011 she has graduated from Russian State University of Cinematography n. a. S. A. Gerasimov (VGIK). In 2015 she graduated from High Animation School-Studio “SHAR” (Moscow). Since 2015 she works at animation Studio-”Pchela”. During her studies and after she realized some films that won a lot of awards all over the world.
Her heartwarming stop-motion video “My Strange Grandfather,” is an example of how people with a creative soul struggle more with being misunderstood.
Puppet animation is no longer popular in her native country, a disheartening reality she described in an interview with Animateka: “Now in Russia it’s forgotten. I don’t know why. Maybe it’s very difficult to make puppet stop-motion, puppet animation… maybe it’s not contemporary now.”

However Velikovskaya had the idea of creating this video using puppets as actors, and she learned by herself to make the puppets that come to life in her poetic short film. It tells the story of an old man — an absent-minded inventor who ventures up and down a windy beach in Russia, collecting other people’s trash; and his granddaughter, that is embarrassed by his strange habits, until one stormy night, when he builds an enormous, singing creature for her from the junk he has gathered.

If you like the movie and want to see more, check Dina Velikovskaya profile on vimeo.