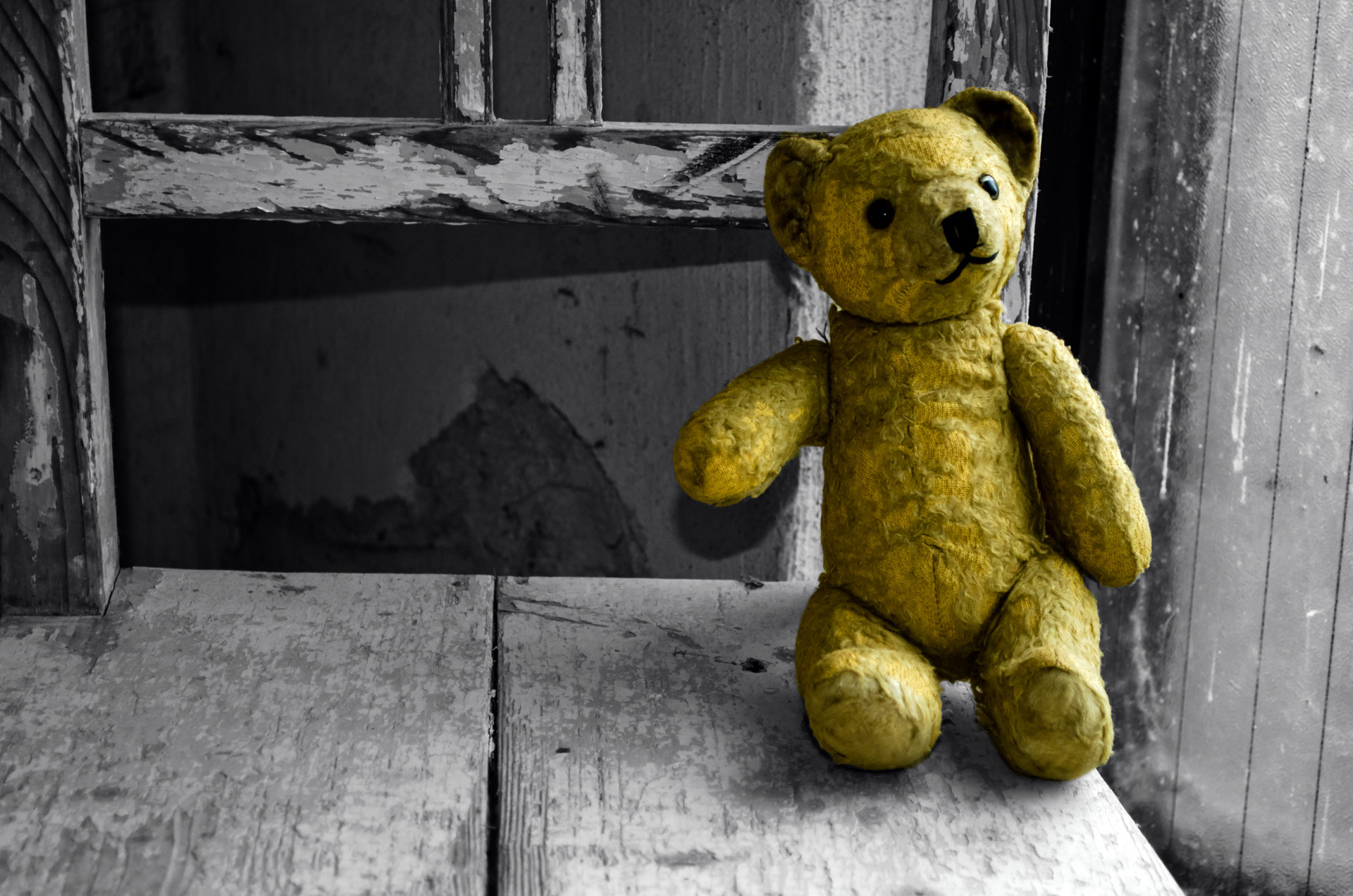 Michtom’s jointed mohair “Teddy’s bear” was very popular when first designed and remains so with collectors today. Fake bears look suspiciously new and unhandled: their noses are unworn, and their seams may be thick and uneven. All Ideal bears have jointed hips, necks, and shoulders. Early examples have a characteristic “American football” shape and are mostly made of short, gold or beige mohair plush with matching felt paws, and distinctive, sharply pointed foot pads. They have shoe-button or glass eyes, and the fur around the muzzle may be shorn. Later bears were made in a large variety of colours and types – for example, pandas – and had longer fur.
Other collectible bears include ones by the Knickerbocker Toy Co. (active 1924-1945) in New York, which are clearly marked with a label in the front seam. Similar to many early American bears, Knickerbocker bears usually have long bodies, small feet, and short, straight arms and legs. Their later bears can be recognized by their large inverted ears and big noses. Other collectible bears include Gund Manufacturing Co. (est. 1898), now in New York, and “Hershey’s bears”, which were designed to promote The Hershey Company’s chocolate bars.