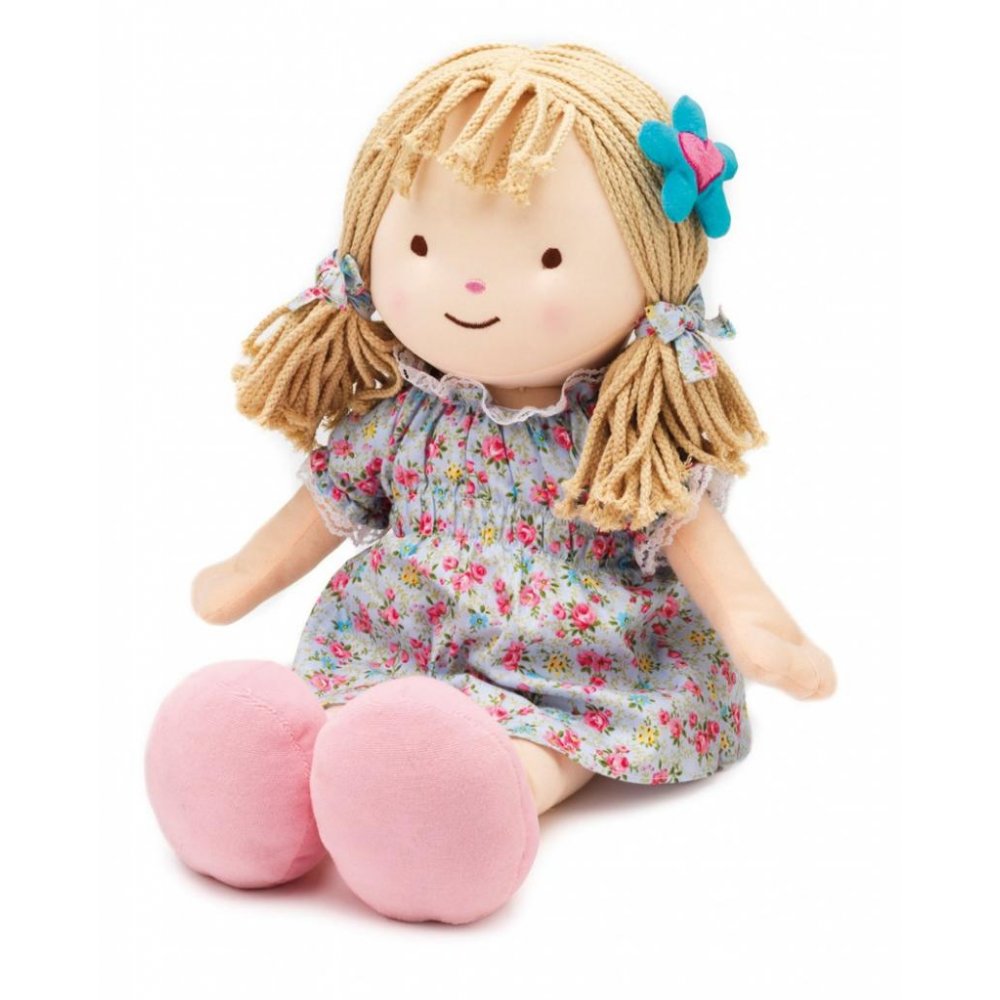 A rag doll is a children’s toy . It is a cloth figure, a doll traditionally home-made from (and stuffed with) spare scraps of material. They are one of the most ancient children’s toys in existence; the British Museum has a Roman rag doll, found in a child’s grave dating from the 1st-5th century AD. Amish dolls are a type of traditional American rag dolls which originated as children’s toys among the Old Order Amish people. The best-known type have no facial features. Today, many rag dolls are commercially produced to simulate the features of the original home-made dolls, such as simple features, soft cloth bodies, and patchwork clothing.