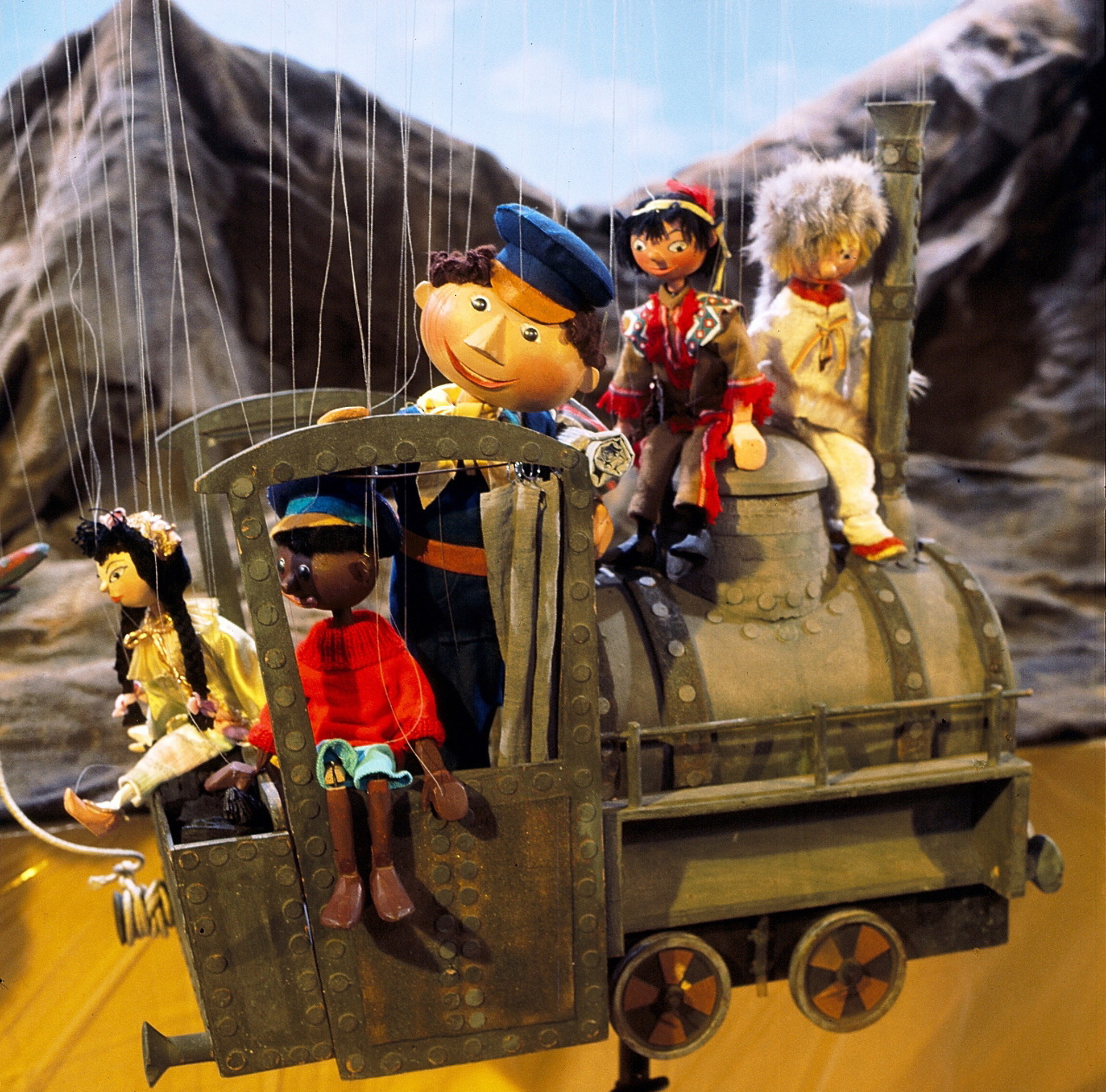 Puppet is a type of a doll used in puppetry, a very old form of theatre. An entertainer that animates the puppet is called puppeteer. Puppetry is known since the Ancient Greece and there are written documents that mention theatre of puppets dating since  5th century BC. Excavated clay dolls from Indus Valley sites indicate that puppetry was known in India since 2nd century BC.
Many types of puppets exit and they differ in size, materials used for their built, form and means of animation. The hand puppet (or the glove puppet) is a puppet that is worn on the hand by the puppeteer which used that hand to control the puppet’s mouth and head or in some cases of more complex hand puppets eyes and hands too. One of the most famous hand-puppets are The Punch and Judy. Marionette is a puppet with articulate limbs which are connected with strings to control bars which puppeteer uses to control the puppet. Strings are connected to head, back, hands to control the arms and just above the knees to control the legs. The sock puppet is a simpler version of hand puppet. It consists of a sock modeled into a shape and with added details which make puppet closer to a desired shape. Puppeteer uses hand which is placed inside a sock to animate the puppet and make it move and “talk”. They are very popular because they are simple to make and easy to manipulate. Toy theatre is a special form of puppetry and puppets where puppets are made of paper which is stuck unto a card. A stick is then stuck unto a puppet with which a puppet is controlled. Puppet is then pushed in from the side of the puppet theatre which acts as a scene on which the play goes on. Shadow puppet is a two-dimensional puppet cut out from a flat material with many details and articulate limbs which are controlled with thin rods by a puppeteer behind a screen onto which a strong light is lit. It is a very old form of theatre and it originates from Java and China. Ventriloquism dummy is a puppet used by ventriloquist. Puppet’s mouth and head is controlled by one hand. Finger puppet is a simple type of puppet with no moving parts in a shape of a cylinder which is placed on the finger. Rod puppets have body, head and arms and are controlled with rods by a puppeteer who stands beneath them. Usually one rod holds body and head while two other connect to the ends of the arms and control each of them. Carnival or body puppet is a large puppet that is the size of the puppeteer or even larger. It can be operated with one or more puppeteers.
Puppetry as a form of theatre is known in many cultures and was as method of entertainment as well as in religious rituals and in celebrations. Story telling is almost always part of puppetry.
© 2016 History of Dolls