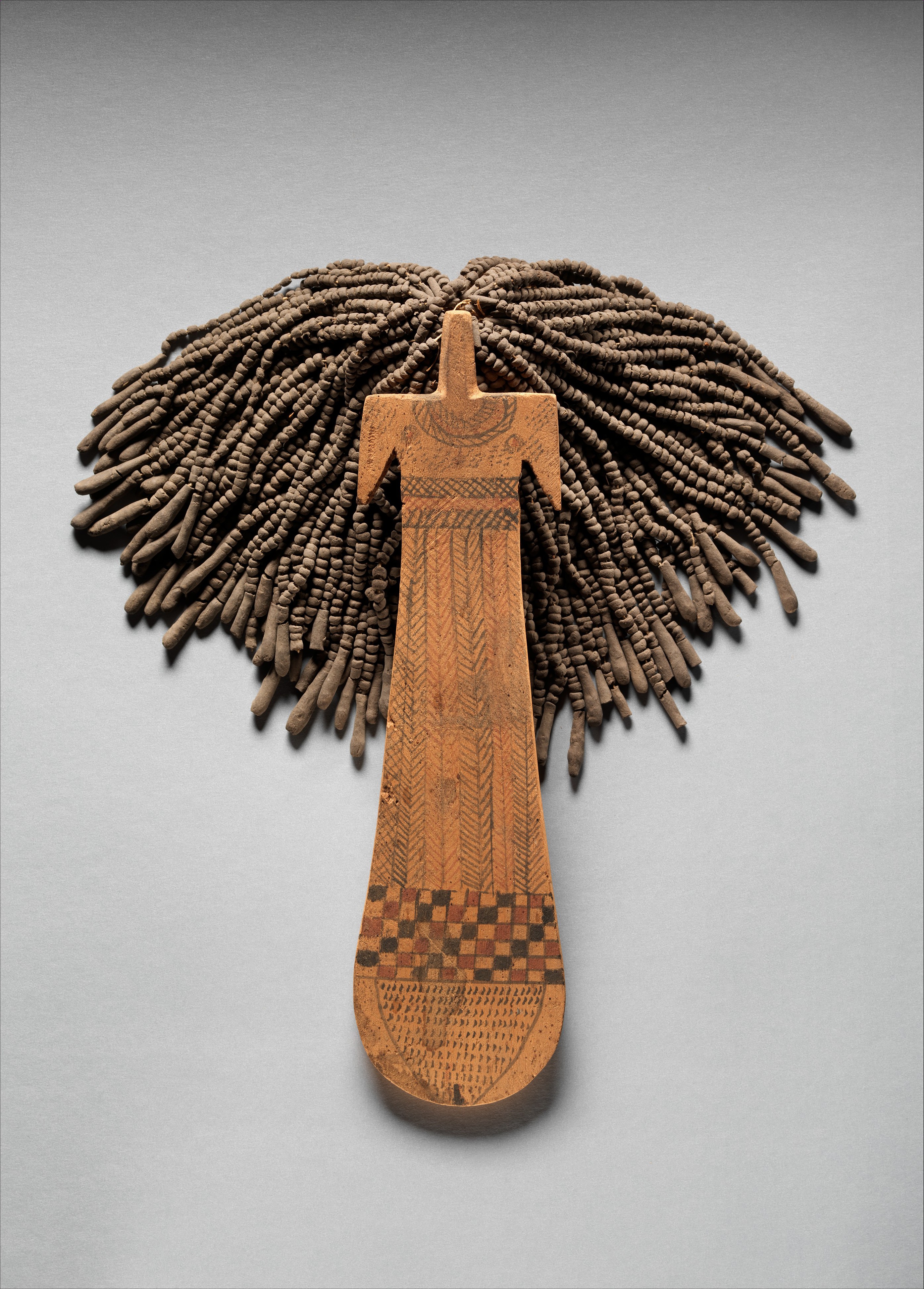 Paddle dolls are a type of female figurine found in burials beginning in the Egyptian Predynastic period, and particularly in the Middle Kingdom (2040–1750 BC). Female figurines made of clay, found in later tombs, are considered a later development of these sometimes elaborately coiffured wooden dolls.Paddle dolls were often highly stylized, and archaeologists currently suggest that the emphasis on the breast, hips and pubic area – the sexual characteristics of the figure – symbolizes the sexual aspects of regeneration. This theory identifies the artifacts as fertility symbols placed in burials to guarantee eternal rebirth. Other theories assert that the dolls may have been placed in tombs to do jobs for the deceased in the Osirian afterworld, to protect the deceased or to provide entertainment. These wooden dolls may also be one of the earliest documented toys.
Several types of paddle dolls have been discovered in tombs in Egypt. The dolls are made of wood, flat, and constructed in a shape has led the form to be called a ‘paddle doll’. The dolls seemingly follow a convention for the female figure, emphasizing the hips and hair. The wooden figures are usually painted with a geometric pattern of lines and dots. These patterns may reproduce tattos or ritual scaring in female Egypian culture of the period or represent clothing or jewelry. Some have hair composed of unfired clay and faience beads strung on flax fiber, sometimes interwoven with squares of straw to imitate gold hair rings.
A fine example of a paddle doll with hair constructed of string and sun-dried clay beads, found in a tomb in Ancient Egypt, is on display at the British Museum.