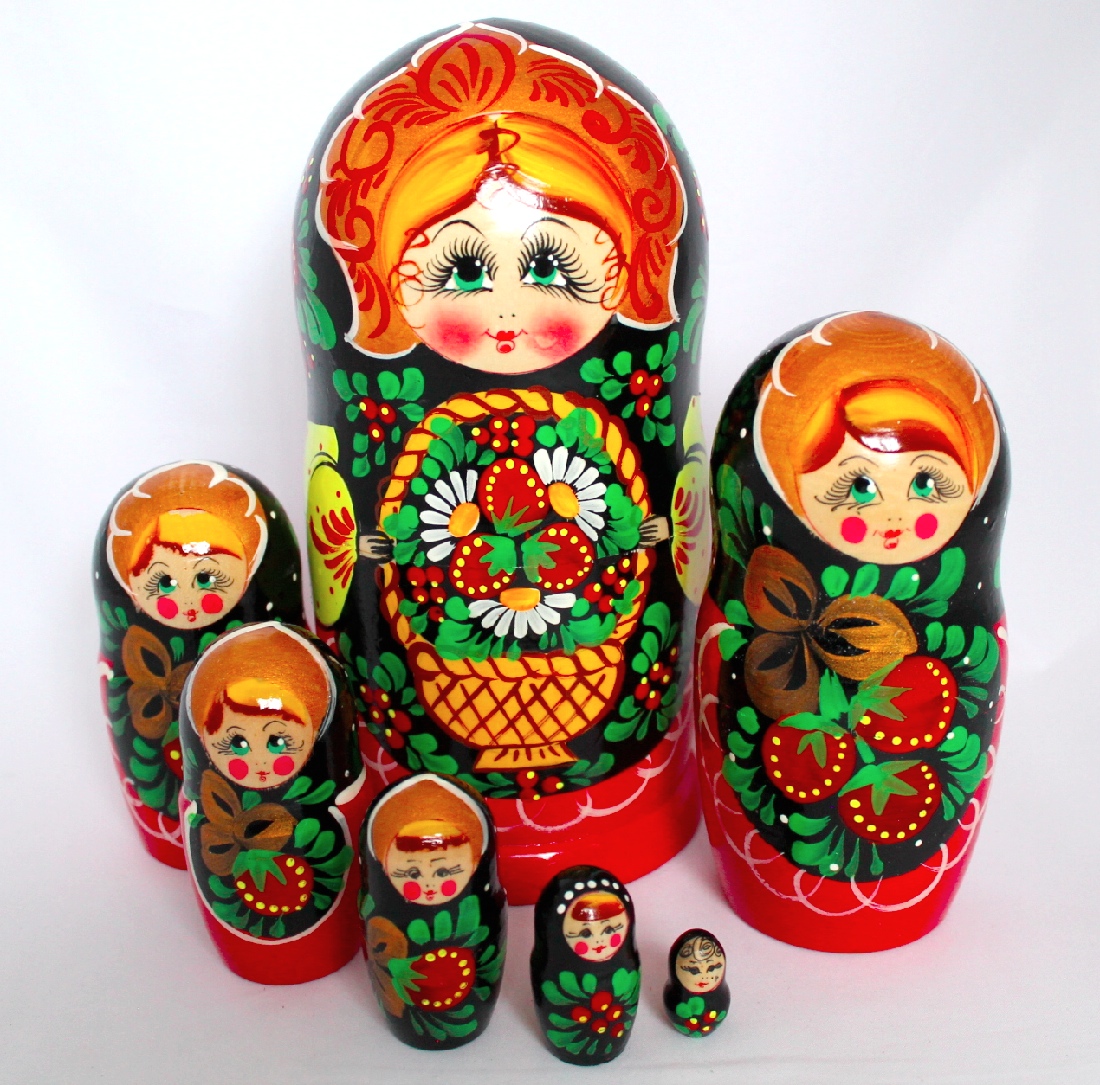 Matryoshka doll is Russian wooden nesting or nested doll made of wood. It consists of a set of similar doll that all fit into each other from the biggest to the smallest and that can be separated horizontally in half.  Matryoshkas most commonly have 3 to 12 doll in one set. First matryoska was made in 1890 in time of both social unrest, emerging national identity for Russia and the development of Russian style which idea was to save tradition which was in danger to be lost to time. Matryoshka was made by Vasily Zvyozdochkin, who was turning craftsman and wood carver, from a design by Sergey Malyutin, Russian painter, architect and stage designer. Sergey Malyutin also painted them. Inspiration for matryoshka came to them from a doll from Honshu, the main island of Japan but it is not certain which type. Some sources say that it was daruma doll while other say it was fukuruma nesting doll. Nesting toys are an idea that is thousand years old and they came from China. They were nesting boxes and they dated back to the Song Dynasty, around 1000 AD. In 18th century idea of nesting was implemented on dolls. Matryoshka doll was presented to the world for the first time in 1900 on “Exposition Universelle”, world’s fair held in Paris, where it earned the bronze medal. After that, matryoshka dolls gained popularity and were being made in many places in Russia and shipped around the world. Dolls are made from lime, birch aspen or alder from the smallest doll to the largest. When finished, dolls are hand painted with gouache, a type of heavier watercolor. This paint is made by mixing dry pigment with water and gum which gives thickness to the paint.