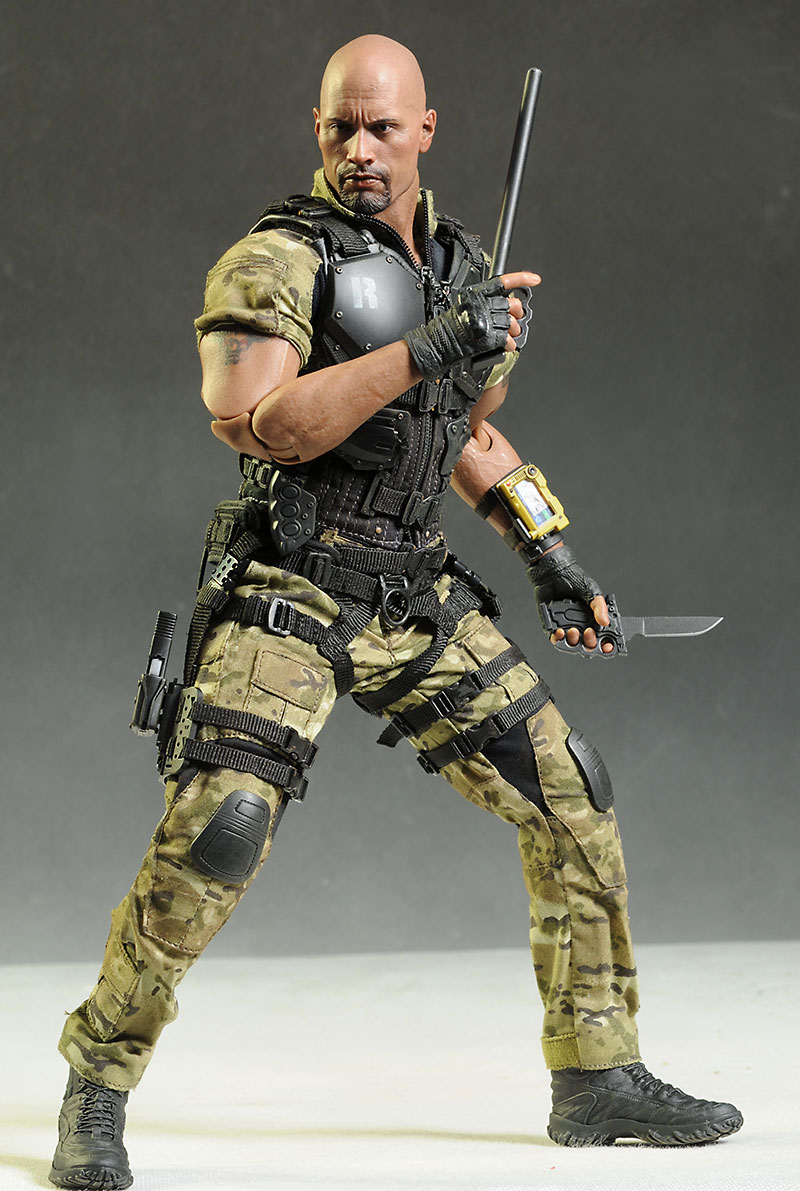 G.I. Joe is a line of action figures produced and owned by the toy company Hasbro. The initial product offering represented four of the branches of the U.S. armed forces with the Action Soldier (U.S. Army), Action Sailor (U.S. Navy), Action Pilot (USAF), Action Marine (USMC) and later on, the Action Nurse. “G.I.” is a generic term for U.S. soldiers. The development of G.I. Joe led to the coining of the term “action figure”. G.I. Joe’s appeal to children has made it an American icon among toys.
The G.I. Joe trademark has been used by Hasbro to title two different toy lines. The original 12-inch (30 cm) line introduced on February 2, 1964 centered on realistic action figures. In the United Kingdom, this line was licensed to Palitoy and known as Action Man. In 1982 the line was relaunched in a 3.75-inch (9.5 cm) scale complete with vehicles, playsets, and a complex background story involving an ongoing struggle between the G.I. Joe Team and the evil Cobra Command which seeks to take over the Free World through terrorism. As the American line evolved into the Real American Hero series, Action Man also changed, by using the same molds and being renamed as Action Force. Although the members of the G.I. Joe team are not superheroes, they all had expertise in areas such as martial arts, weapons, and explosives.
G.I. Joe was inducted into the National Toy Hall of Fame at The Strong in Rochester, New York, in 2003.
© wikipedia.org