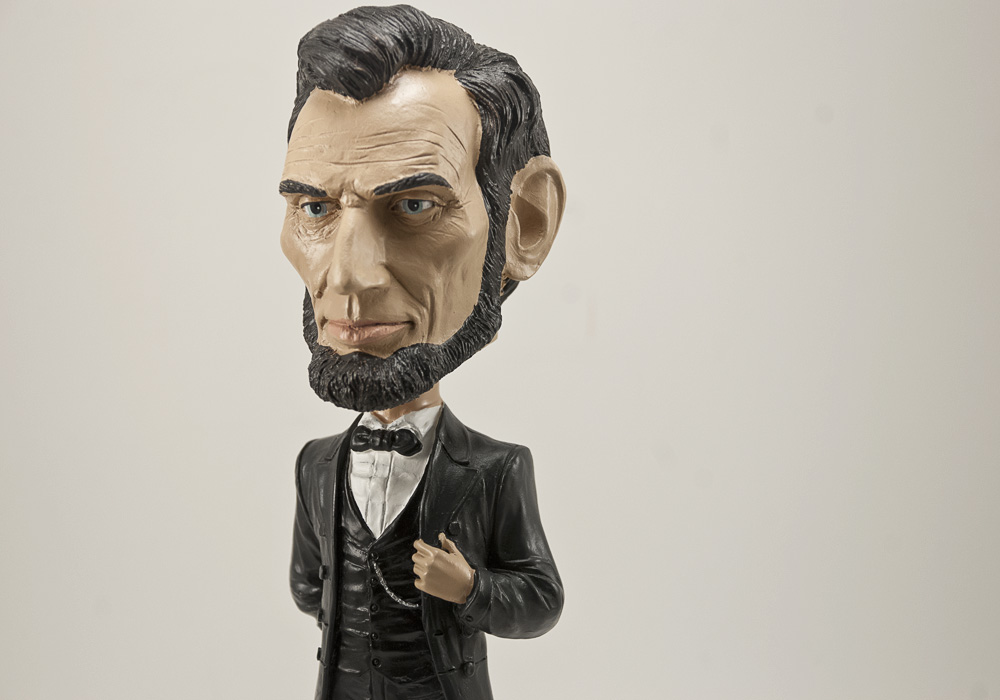 A bobblehead, also known as a nodder or wobbler, is a type of collectible toy. Its head is often oversized compared to its body. Instead of a solid connection, its head is connected to the body by a spring or hook in such a way that a light tap will cause the head to bobble, hence the name.
Bobbleheads are sometimes given out to ticket buyers at sporting events as a promotion. Corporations including Taco Bell (the ‘Yo Quiero Taco Bell’ Chihuahua), McDonald’s (Ronald McDonald), and Empire Today (The Empire Man) have also produced popular bobbleheads of the characters used in their advertisements.
The earliest known reference to a bobblehead is thought to be in Nikolai Gogol’s 1842 short story “The Overcoat”, in which the main character’s neck was described as “like the necks of plaster cats which wag their heads”. The modern bobblehead first appeared in the 1950s. By 1960, Major League Baseball had gotten in on the action and produced a series of papier-mache bobblehead dolls, one for each team, all with the same cherubic face. The World Series held that year brought the first player-specific baseball bobbleheads, for Roberto Clemente, Mickey Mantle, Roger Maris, and Willie Mays, still all with the same face. Over the next decade, after a switch in materials from papier-mache to ceramic, bobbleheads would be produced for other sports, as well as cartoon characters. One of the most famous bobbleheads of all time also hails from this era: The Beatles bobblehead set, which is a valuable collectible today. By the mid-1970s, though, the bobblehead craze was in the process of winding down.
It would take nearly two decades before bobbleheads returned to prominence. Although older bobbleheads like the baseball teams and The Beatles were sought after by collectors during this period, new bobblehead dolls were few and far between. What finally prompted their resurgence was cheaper manufacturing processes, and the main bobblehead material switched, this time from ceramic to plastic. It was now possible to make bobbleheads in the very limited numbers necessary for them to be viable collectibles. On Aug. 2, 1997, the minor league Birmingham Barons gave away Barons Bobblehead Doll bobbleheads at a game. Possibly the first major league baseball team to offer a bobblehead giveaway was the San Francisco Giants, which distributed 35,000 Willie Mays head nodders at their May 9, 1999 game.
The variety of bobbleheads on the market rose exponentially to include even relatively obscure popular culture figures and notable people. The new millennium would bring a new type of bobblehead toy, the mini-bobblehead, standing just two or three inches tall and used for cereal prizes and such.