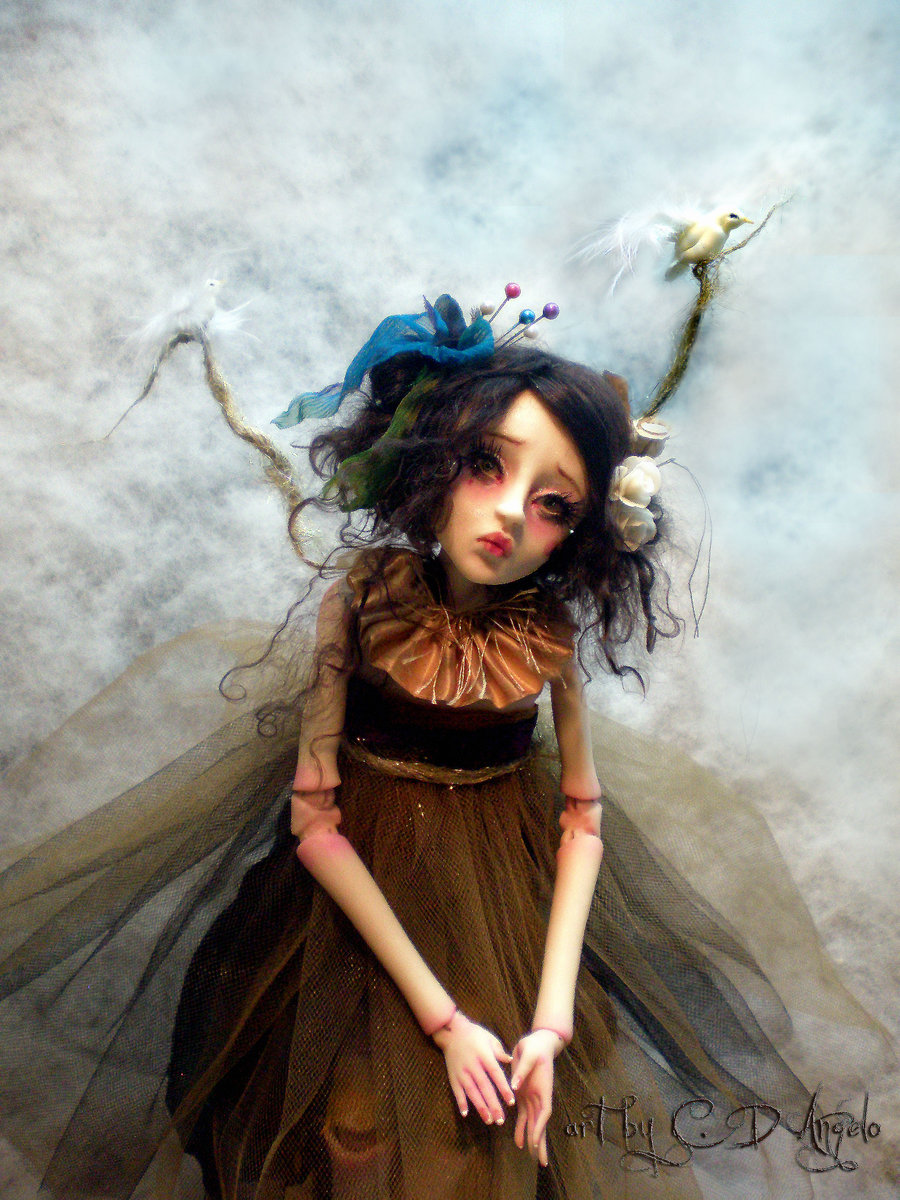 Ball-jointed doll is a type of articulated doll which parts are interconnected with ball and socket joints. They are made out of polyurethane synthetic resin, a type of hard plastic and the parts strung together with elastic. They are made to represent both sexes and ages between children and adult. Beside human-like dolls there are dolls with more fantastic elements like vampire teeth and elvish ears.
Oldest articulated dolls were made in Ancient Greece and Rome. They were made out of clay and wood and had arms and legs connected to the body with wire. First modern articulated dolls were bisque dolls, made in 19th century and early 20th century in France and Germany. They were made of composition – a mix of pulp, sawdust and glue, and had joints. German artist Hans Bellmer is famous for creating dolls with ball-joints during 1930s and using them in photography. The first commercially produced Asian ball-jointed dolls were made by Japanese company Volks and were called Super Dollfie. They were made of polyurethane resin and 57 cm tall and were ball-jointed and strung with elastic. They were marketed toward the female audience, inspired by the anime and made to be highly customizable. In 2002 South Korean companies Customhouse and Cerberus Project began manufacturing ball-jointed dolls. First Chinese produced ball-jointed dolls were outright copies of Super Dollfie or Korean ball-jointed dolls. First original Chinese ball-jointed doll was made by Dollzone company in 2006. “Goodreau Doll” was the first company from United States to produce ball-jointed dolls in 2007.
Ball-jointed dolls are primarily manufactured for adult collectors and for customizing. They are made with easily removable wigs, eye and limbs. They are made from synthetic polyurethane resin which is easily painted for a higher level of customization. Face paint of ball-jointed dolls is called faceup and is applied with acrylic paint using regular brush or an airbrush and fixed with sprayed-on layer of clear matte sealant. Even non-customized dolls are painted by hand which calls for considerable skill. Size of dolls can vary from 9 cm in height to 80cm. Dolls are first modeled in clay. Modeled clay parts are used to form molds which are then used form making multiple copies in polyurethane resin.
There are many hobbyists and companies that make ball-jointed dolls. Some of them are: Volks and U-noa from Japan, Luts, Custom House, Doll in Mind, Dollshe, Dream of Doll, Elfdoll and Cerberus Project from South Korea and Dollzone from China.
© 2016 History of Dolls