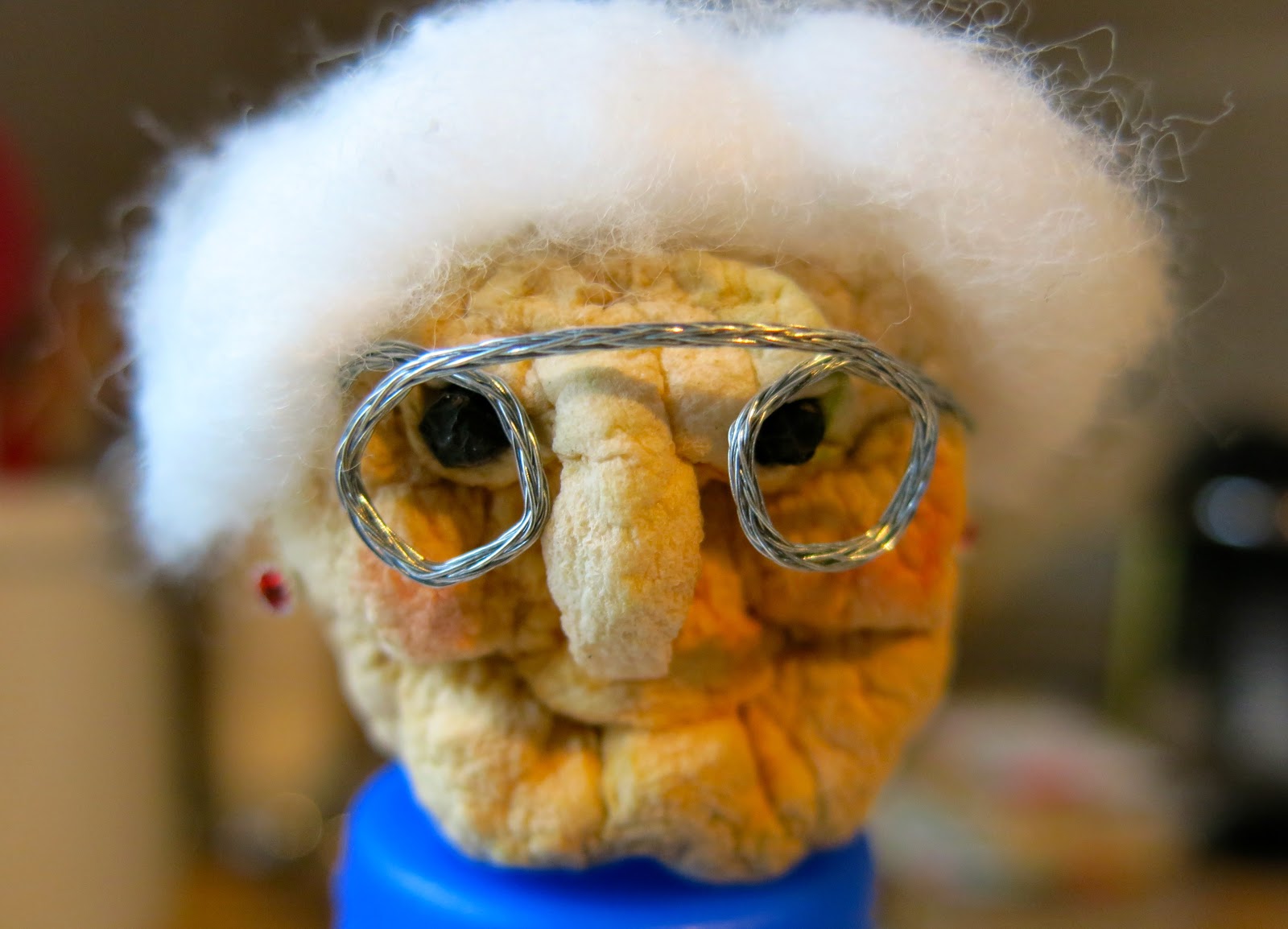 An apple doll is a North American cultural phenomenon where the doll’s head is made from dried apples. The apple is peeled, then carved with the facial features of the doll. Next the apple is left to dry for several days or weeks. When completely dry, the apple is positioned on the top of a wire frame which is shaped into the rest of the doll’s body. The rest of the wire frame is covered up by the doll’s clothing, which is usually sewn by hand. In modern times, apple dolls are mostly used as decorations or to display craftsmanship, rather than as children’s toys. Because of the different effects drying produces, no two dolls are alike.
© wikipedia.org